At an immersive theater event where the goal is to create a perfect utopia to escape from the horrors of the world, Meowtha collaborated with sculptor Noah McGinley to design and install the perfect utopian waste management solution: Pandora: The Waste Management Tree.

Pandora was a magical tree that formed a symbiotic relationship with the fungus Moopergillus petrodigestus to digest trash and recyclables for its nourishment. Glowing LED-lit pool noodles, neon-painted spray foam “colonies”, and McGinley-created LED lanterns glowed with mesmerizing patterns to show that the fungus was working.

Functionally, Pandora was an 8-foot tall trash can in the shape of a tree, with two holes for landfill waste and two for recycling. The tree had an open back for the trash crew, dressed as members of an ultra-progressive farming collective known as Pandora’s Wheelbarrow, to go in and out to replace the trash bags attached to the holes.

Of course, there is no “away”, and you can only “give back to the earth that has given so much to you” to a limited extent before the earth begins to reject your contributions, so on Day 2 of the multi-day event, Pandora became “full”. Members of the trash crew hid inside the tree and threw trash back at people who had just thrown it away, and began to covertly hang beer cans, cups, and other garbage from the tree’s branches, explaining to those who asked that the tree was fruiting in a way that it never had before.

All said and done, trash left around the ballroom of the hotel where the utopian party took place was at an all-time low, probably because Pandora was so much fun to use as a trash can. 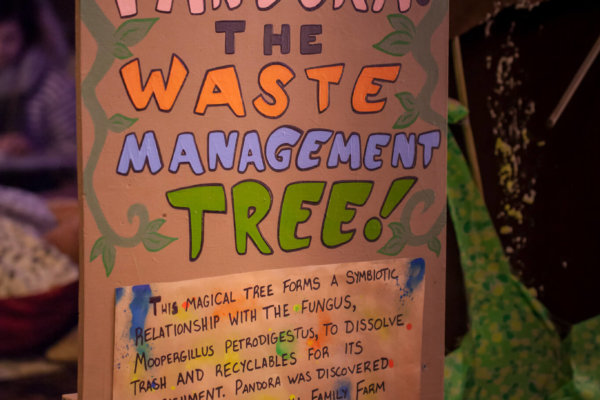 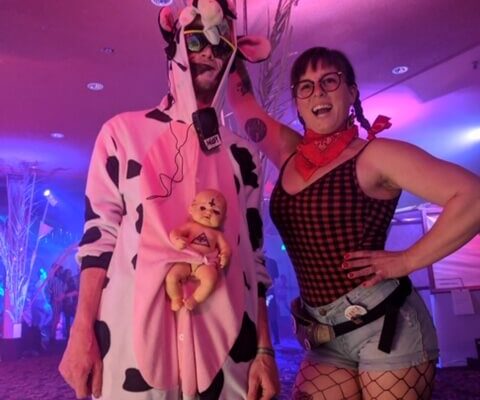 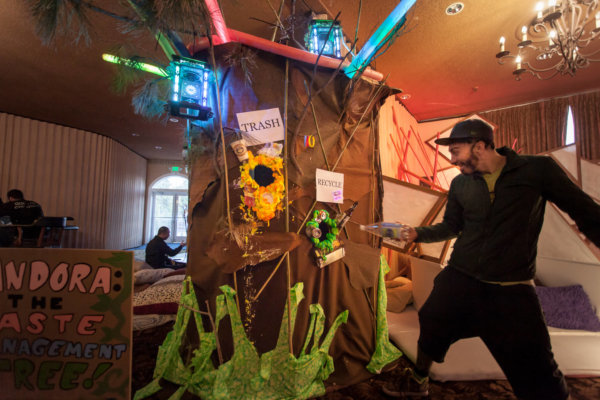 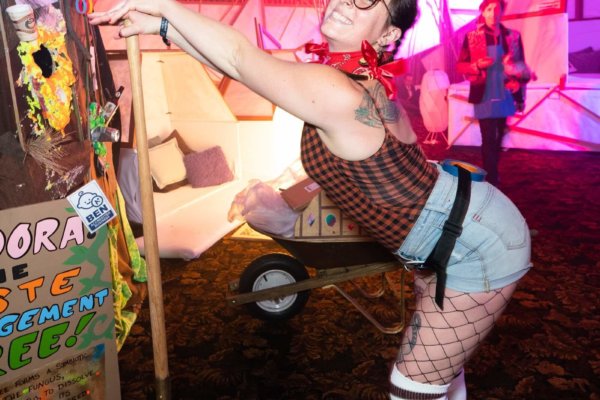 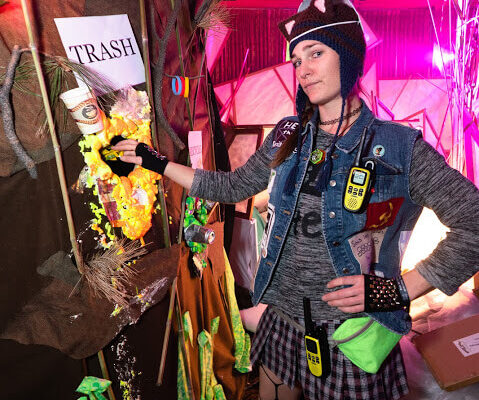